On September 3, the members of MATRIZ (regional TRIZ associations) elected the new board during the TRIZ Congress at TRIZfest-2022. You can see the result in the screenshot. 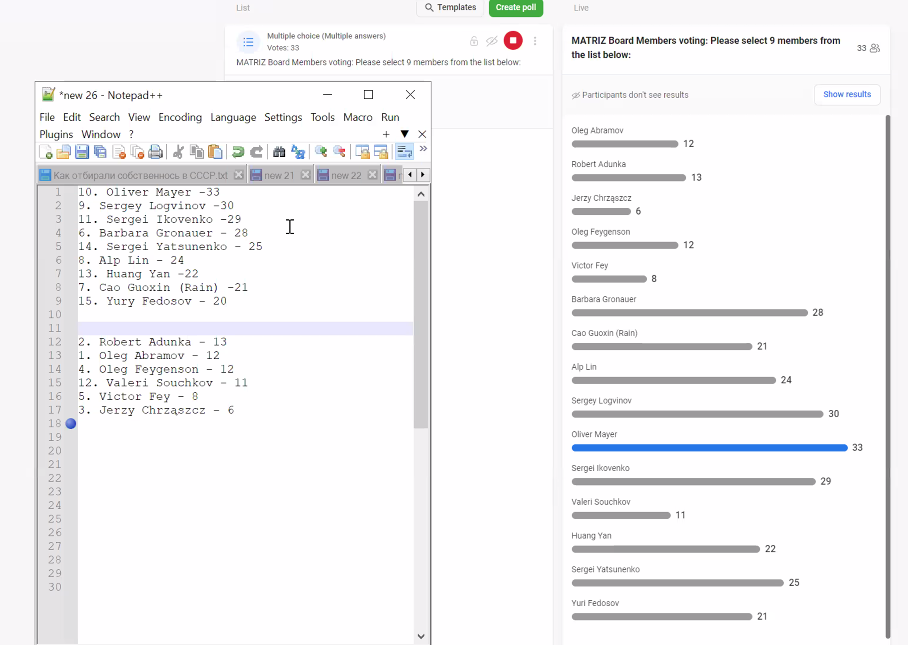 Due to the high number of Chinese TRIZ associations, many people who had previously managed the work in the international TRIZ Association were no longer elected. From the board members Sergei Yatsunenko (Poland) was then elected president of the board. The seat of MATRIZ is now to be moved from the USA to Poland.

This is met with incomprehension and anger by many TRIZ experts. The international TRIZ community is in turmoil. According to my information, the two German representatives Barbara Gronauer and Oliver Mayer have meanwhile resigned from their positions on the presidium board.