The extensive toolbox of methods of the TRIZ method enables the hair-fine fragmentation of problems. The more precisely a problem is dissected, the more efficiently the possibilities of breaking out of previous thought patterns and developing new ideas for details take hold, thus advancing to previously unknown solutions.

This process can be very laborious and lengthy – but it leads to rewarding, compelling results. These TRIZ application examples present you with some concrete implementations that impressively demonstrate this innovation path – both in initial simpler and complex development environments.

The Galaxie drive system with hollow shaft has a completely new type of gear unit with dynamized individual teeth that achieves much more power with a more compact form for high-performance mechanical engineering and handling technology through hydrodynamic surface contact. The new gearbox was a major leap forward in development for Wittenstein AG in 2015. The development had taken several years. The decisive step was taken when Dipl.-Ing. Thomas Bayer’s team became aware of the importance of “local quality” through TRIZ: “Then it was clear that we needed real surface contact in the gear teeth and that this could only be achieved by segmenting the gear into individual teeth.”

The TRIZ method helped break the deadlock of familiar concepts and thought patterns by breaking down the problems into increasingly abstract units down to segmentation, equipotential, dynamization, and local quality. Read more about this TRIZ application example in a technical article by Dipl.-Ing. Thomas Bayer, Head of Innovation Lab, Wittenstein AG.:

The film is a recording of the presentation by Thomas Bayer (Head of Innovation Lab, WITTENSTEIN AG) at the German TRIZ User Day 2016. “One of the best presentations I’ve had the pleasure of listening to on the subject of TRIZ in development, with a sensational product as the result of this TRIZ project. The lecture should be a must for every German-speaking TRIZ user,” describes Dr. Robert Adunka. 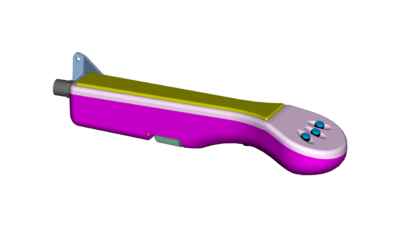 In this project work from 2008 by Phillip Schrieverhoff, solution concepts for a driver’s seat armrest in a streetcar were developed using particularly practical TRIZ methods of Level 1 to illustrate the interaction of the tools and the application of the individual instruments. In addition to the work as a PDF file, the ZIP file also contains further information such as an innovation checklist for the driver’s armrest and various concepts for its adjustability.

In the following TRIZ application example for TRIZ, the method acts as a mediator between marketing and engineers:

„TRIZ or How we learned to stop worrying and love the conflict“ was the title of a presentation given by Martina Unseld and Dr. Roland Waldner at TRIZ Day 2017 in Villach (Austria). The talk is about how communication barriers between marketing and engineering were overcome with the help of TRIZ, resulting in the development of the Airfryer at Philips from the analysis of customer needs to the sophisticated technical solution.

The presentation is held in German, the slides shown are in English.

Initial situation: A new generation was to be created for the 3SB1 lock with key switch, to match the rest of the 3SB3 series. The 3SB1 lock uses a microswitch that is inserted into the lock cylinder to determine whether a key is inserted in the lock. The microswitch relays its switching state via two wires to the BA9s socket, where it is picked up by a special component and passed to terminal points. During assembly, there were problems with routing the wires to the socket.

The goal at Siemens was to make the design smaller as well as simplify assembly to reduce costs. At a TRIZ workshop, functional analysis and trimming, resource listing, feature transfer, and application of the 40 innovative principles resulted in a total of 39 new solution proposals. These suggestions were reviewed with the manufacturer of the locking cylinder and resulted in a new improved model within two weeks.

The solution finally applied reduced production costs by a third, was noticeably smaller than the original and also offered a new feature: in the “0” position, the key is automatically ejected, so this security-relevant key cannot be forgotten in the lock.

Here you can see a summary of the changes: 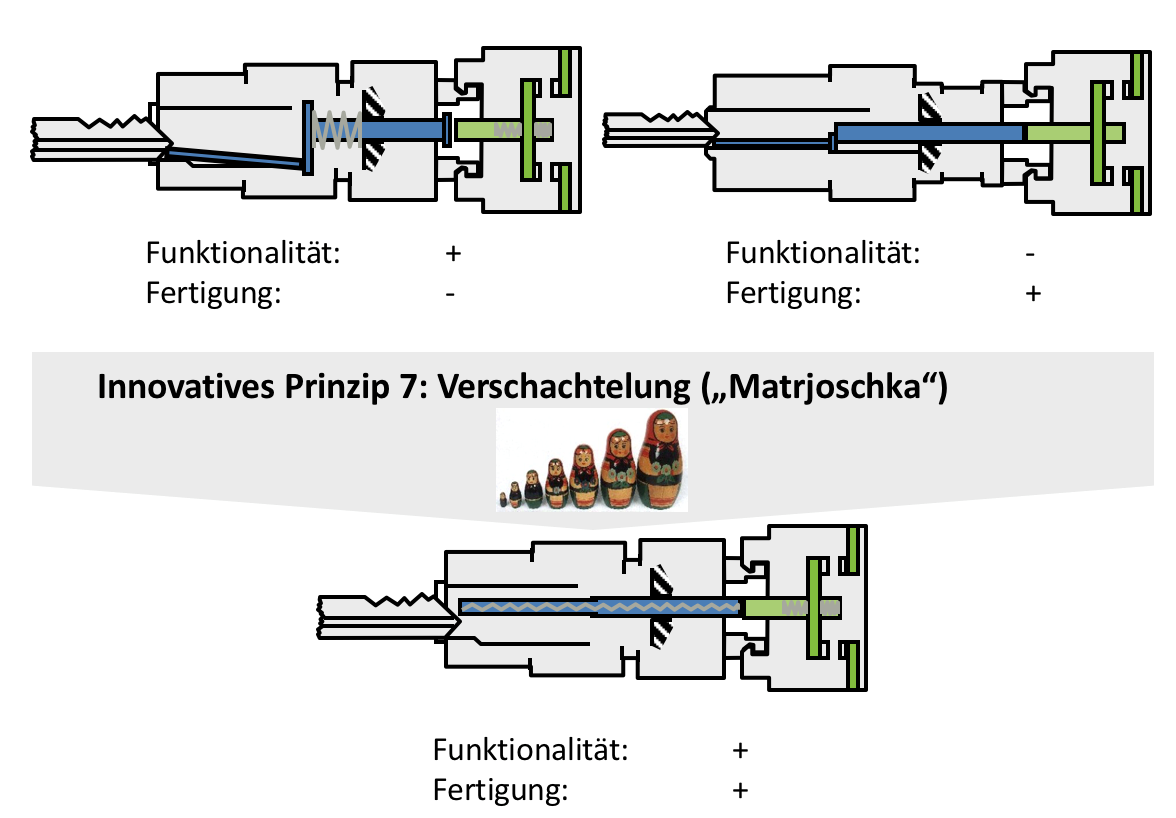 The manufacturer of baby products MAM has been incorporating TRIZ and PatentInspiration into employee training since 2011 in order to use this form of thinking both explicitly and indirectly.

Michael Russ, Christoph Edegger, Thomas Garber, Verena Lerchbaum and Sara Straßer developed a “pedestrian information stele that lights up at night” as part of an integrative project of CAMPUS 02 University of Applied Sciences and SFL technologies GmbH in the winter semester 2014/15.
The problem of illuminating the edge of the stele at night without a dark edge was solved with the help of various procedures and TRIZ methods such as innovation checklist, functional analysis, root conflict analysis, contradiction matrix, separation principles and 4-field matrix. This work is a successful practical work, it does not have the character of a thesis. Here you can download the abstract as a free eBook.

Prof. Iouri Belski is working at the Royal Melbourne Institute of Technology (RMIT) to integrate TRIZ into engineering education. Since the beginning of 2017, he has been building a web-based archive with teaching materials and modules for independent learning, the TRIZ Repository. The first materials can now be downloaded there under the Creative Commons License.

The program of many TRIZ conferences includes the presentation of application examples from international companies. Some of these examples are published in the online portal TRIZ-Journal.

Also in the courses of the TRIZ Consulting Group you can get to know many application examples from practice. Especially in the museum course, you can take a very practical look at development leaps in inventions.